The house is located in Coves Noves, on the northeast part of Minorca island, Spain, on a plot of 2600 metres square.

The plot has been playfully coined the catwalk, for its long platform that connects both the breathtaking view of the sea and of Monte Toro, the highest mountain on the island. This platform was conceived as an outdoor space which would house the most important common areas, the living and dining room, and could when necessary be protected from the wind through invisible sliding windows. In effect, the house was planned as a summer house in a local climate where people spend most of their time outdoors.

Moreover, this concrete linear element creates a split between the day and night area. On both sides of it, a three metre square grid organizes an ensemble of pixelated units that contain services and bedrooms; some of them with balconies, others with direct access to the garden. Breaking down the program into smaller units ensures the house appears more integrated in the landscape. This merging of architecture and nature is further emphasized with a void that crosses under the house and so avoids blocking visual connections.

The catwalk stands in opposition to the intimate night and service areas, thus spreading out into the landscape with a five metre cantilever roof. From this position, all the rooms can be reached and everyday life can take place without ever losing the connection between the two main views. On each side of the catwalk there are large sliding doors that can completely open up the space and create a 28 metre long catwalk. To further enhance the openness of this space, the ceiling was raised so that more daylight would come in. A feeling of lightness was achieved through tangencies between volumes. 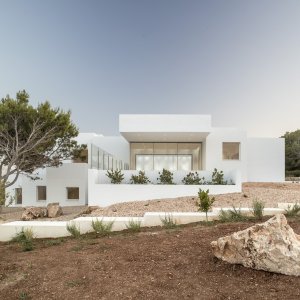 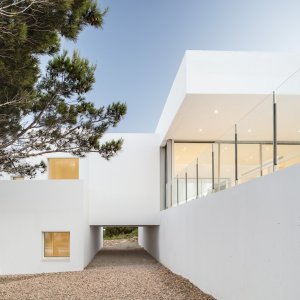 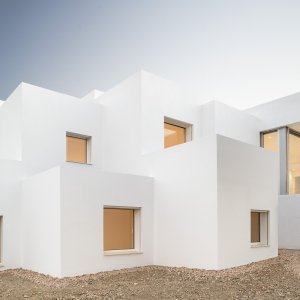 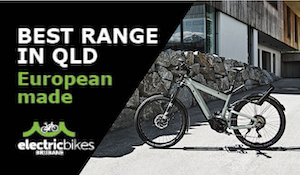 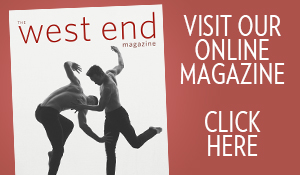